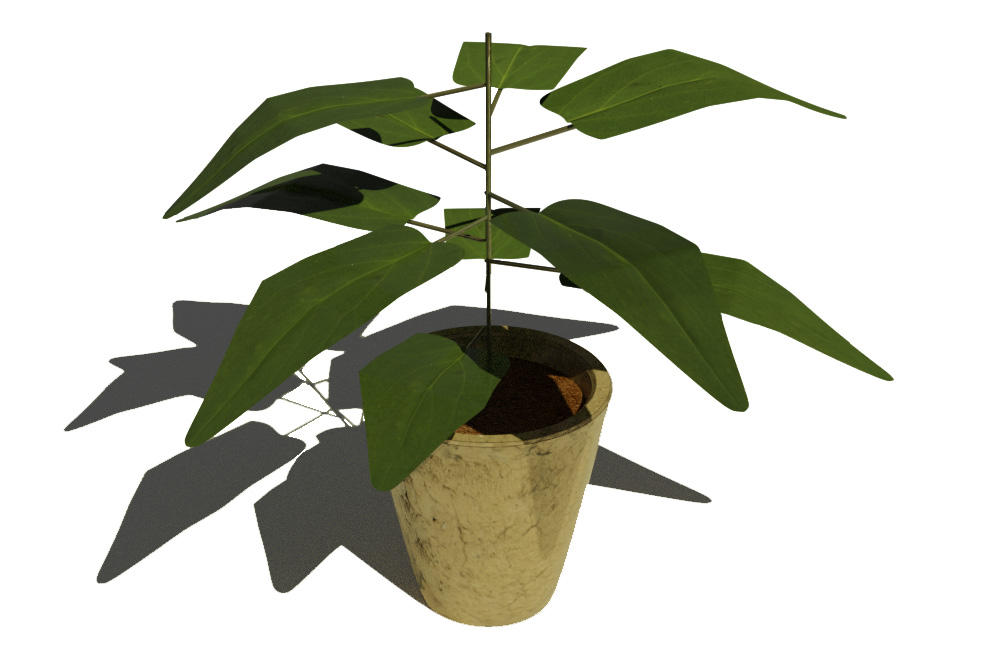 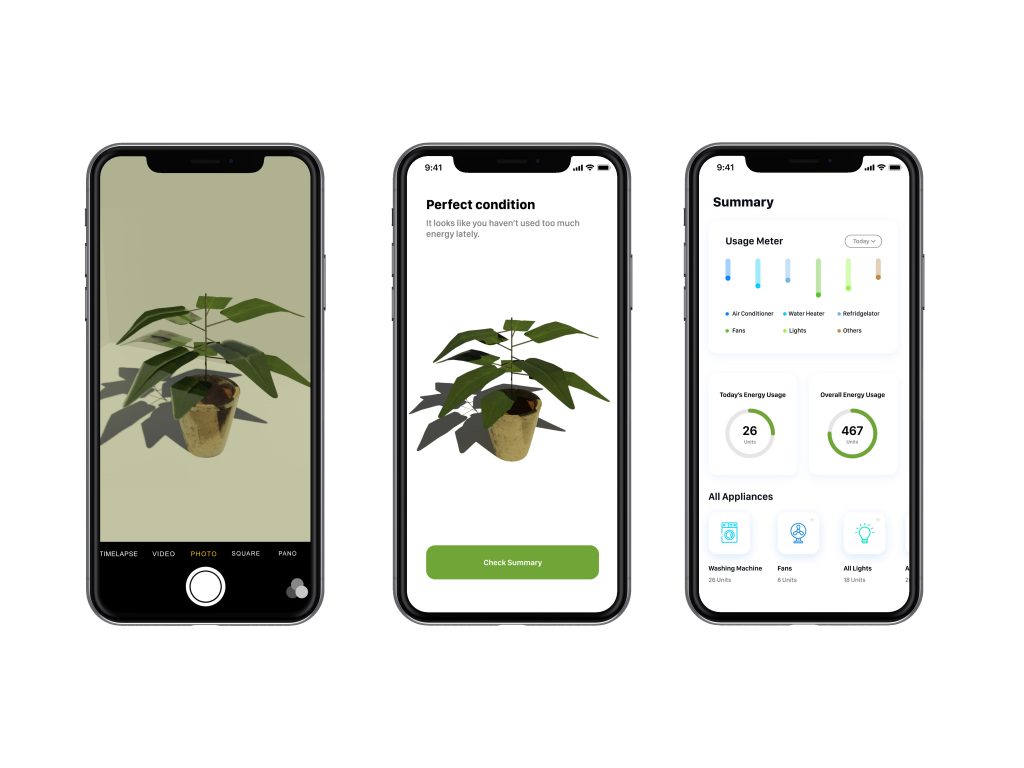 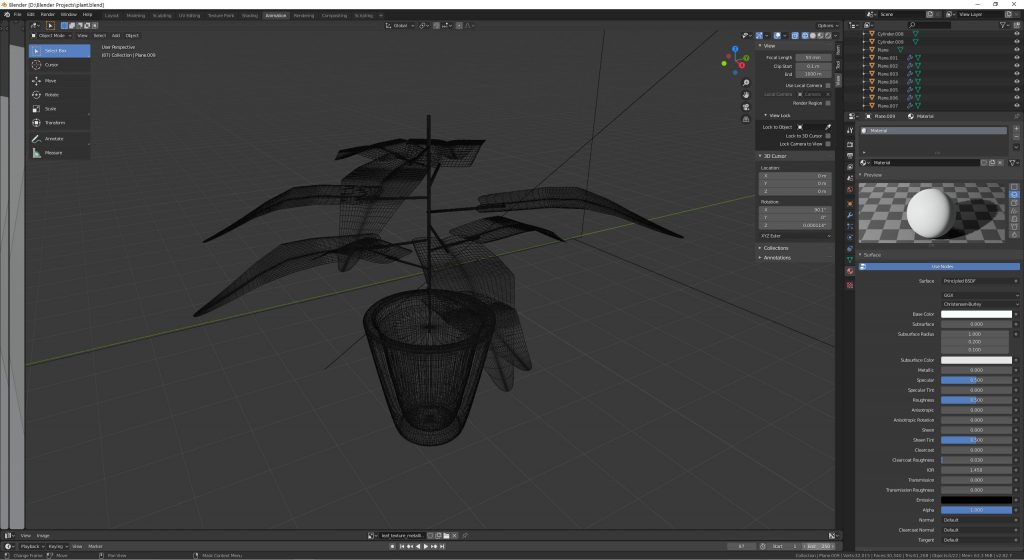 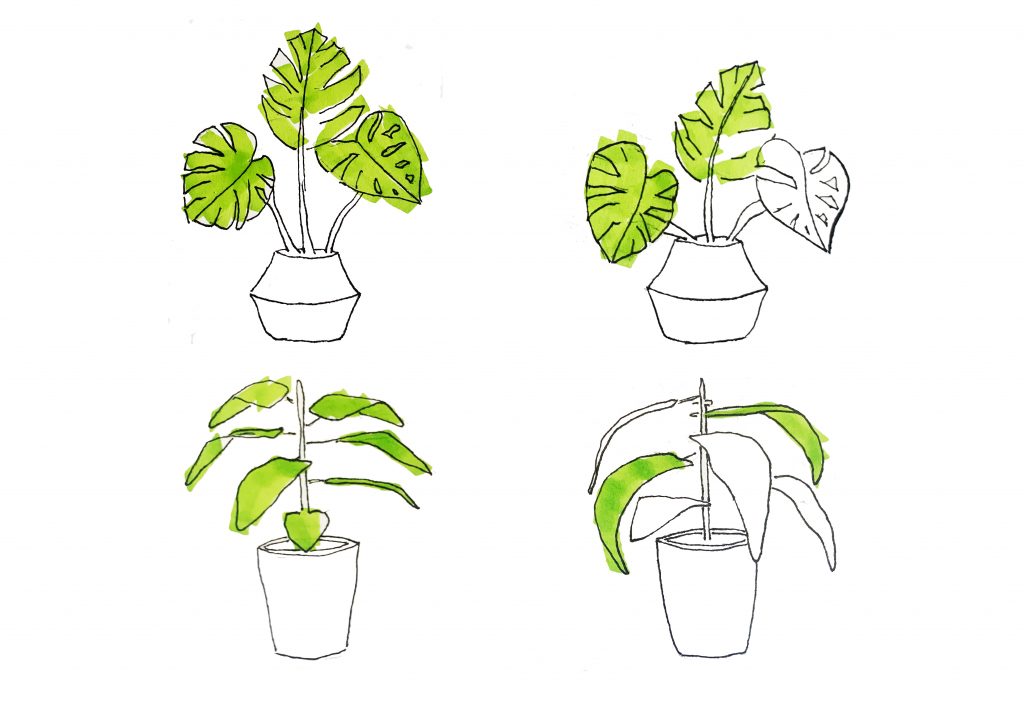 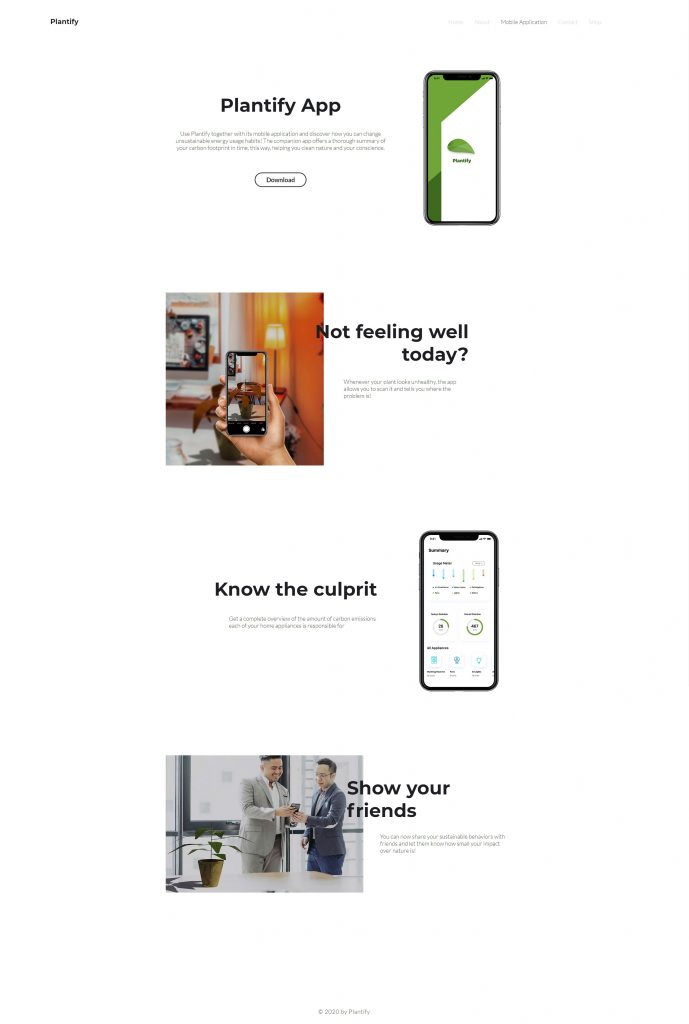 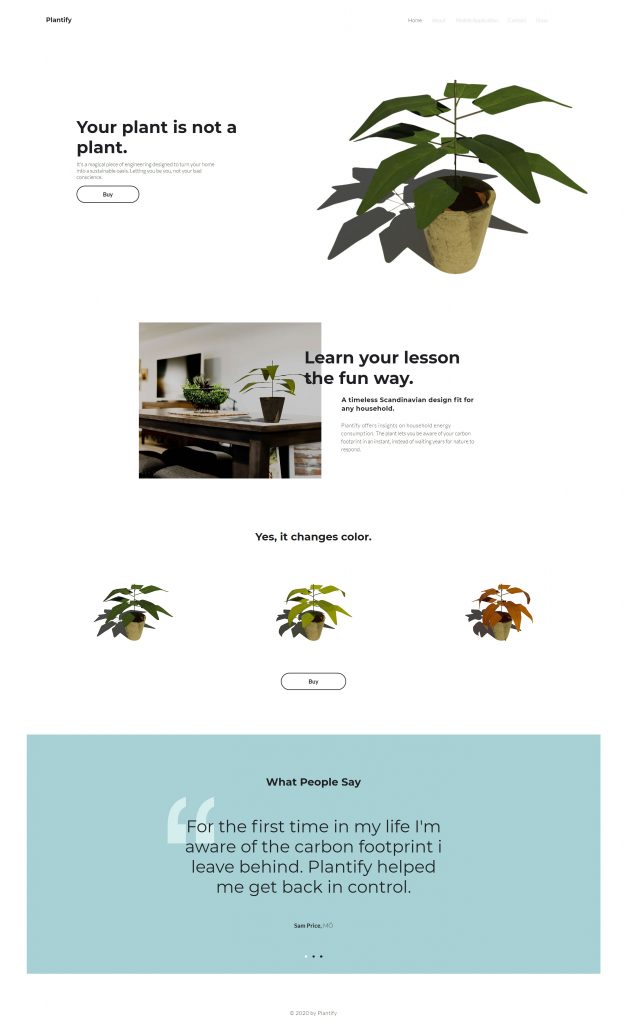 After deciding on our final approach, we started ideating on potential items that could trigger strong emotions regarding to the topic we want to raise awareness about. Therefore, thinking of how nature is the one that gets affected primarily by the carbon footprint, we thought of mimicking it through nature itself – a plant. Ideally, the plant itself should be perceived as the Earth, and in this sense, inspired by The Urban Canaries – we thought of having a plant whose wellbeing depends on the carbon emissions of a house; this way portraying the unsustainable energy consumption consequences over the planet at a smaller scale.

The plant emulates nature by changing its health/state based on the carbon emissions produced by the unsustainable energy consumption in the house where it is placed. The mobile app is used to check the plant’s behavior, as well as, where things went wrong (which appliance used most energy). Used together, the prototype should raise awareness about the consequences of too much energy consumption and promote changes in the users’ unhealthy habits.

Through the application, the user can take a photo of the plant and receive information about why the plant is reacting in the way that it is. This will enable the user to change bad habits of consuming unsustainable amounts of energy and raise awareness about the consequences of the energy usage.

The final part of our project consisted of a website advertising the product. Our choices of wording and how we want to sell the product on the website was inspired by how Apple advertises their products. We wanted Plantify (the plant) to be perceived as a carefully designed product and therefore used phrases such as ” Timeless Scandinavian Design”, “magical piece of engineering” etc.

In order to raise awareness and discussion on our topic we have added a strong motive: “(…) instead of waiting years for nature to respond.“. Through this paragraph, we wanted to raise awareness about our topic; implying that people would have to wait for years means that in reality the consequences of unsustainable energy consumption are not immediate, but rather shown over the years.

On the website, we have also decided to show made-up testimonials, a page about our mission and the mobile app specs in order to immerse the user more into the future we speculate; where the people’s impact on nature is an universally accepted fact/truth, rather than a topic of discussion for politicians.

Overview of the issue and the approach: We decided to approach the problem through a speculative design approach, generating knowledge through the use of digital materials and prototyping techniques.

We began by doing research and looking at sub-goals and specific objectives in order to gain a better understanding of how we could tackle the goal we decided to design for. We have then narrowed down our insights and looked at how a speculative design approach could help Malmö become a more sustainable city.
As Malmö is a city that is in continuous development, we thought that a substantial energy consumption will also come in time. Thus, we decided to approach working with the UN’s goal from this perspective. Looking at the statistics, we have seen that Sweden is doing a better job than other countries around Europe, but the carbon footprint is still big.

Another considerable element of energy usage that frequently came up, during our research, referred to standby losses, which stands for energy used by appliances while in standby. According to the International Energy Agency, by 2030, 15% of the overall electricity use of appliances in Europe will be due to standby functions.

Also, inspired from other speculative design approaches, such as Weather Wash, a modern laundry cleaning system, that is in direct relation with the weather, we decided to design a at a small scale, for people or each house; raising awareness in regards to energy consumption per household items.

Based on our findings we decided to work with the objective to “Raise awareness about the consequences of unsustainable energy usage, by informing people about household energy consumption”.
The essence of the solution: Through the use of the plant and mobile application the user receives information on how to consume sustainable amounts of energy and raises awareness about the consequences of high energy consumptio.
The stakeholders in the project: Citizens of Malmö, Sweden.
Documents:

Our team consists of two interaction design students at Malmö University who are eager to have an impact on sustainable design.