Urban agricultural terraces address food shortages and the climate crisis. Our rapidly growing global population is in need of new food sources and contemporary agriculture often puts the environment at risk for the sake of human nutrition. Resources are being used at a rate that isn’t sustainable, and soil degradation and the loss of biodiversity are the results of the rush to feed our rising population. Innovative designs are urgently needed to achieve environmental harmony and ensure adequate food supply. 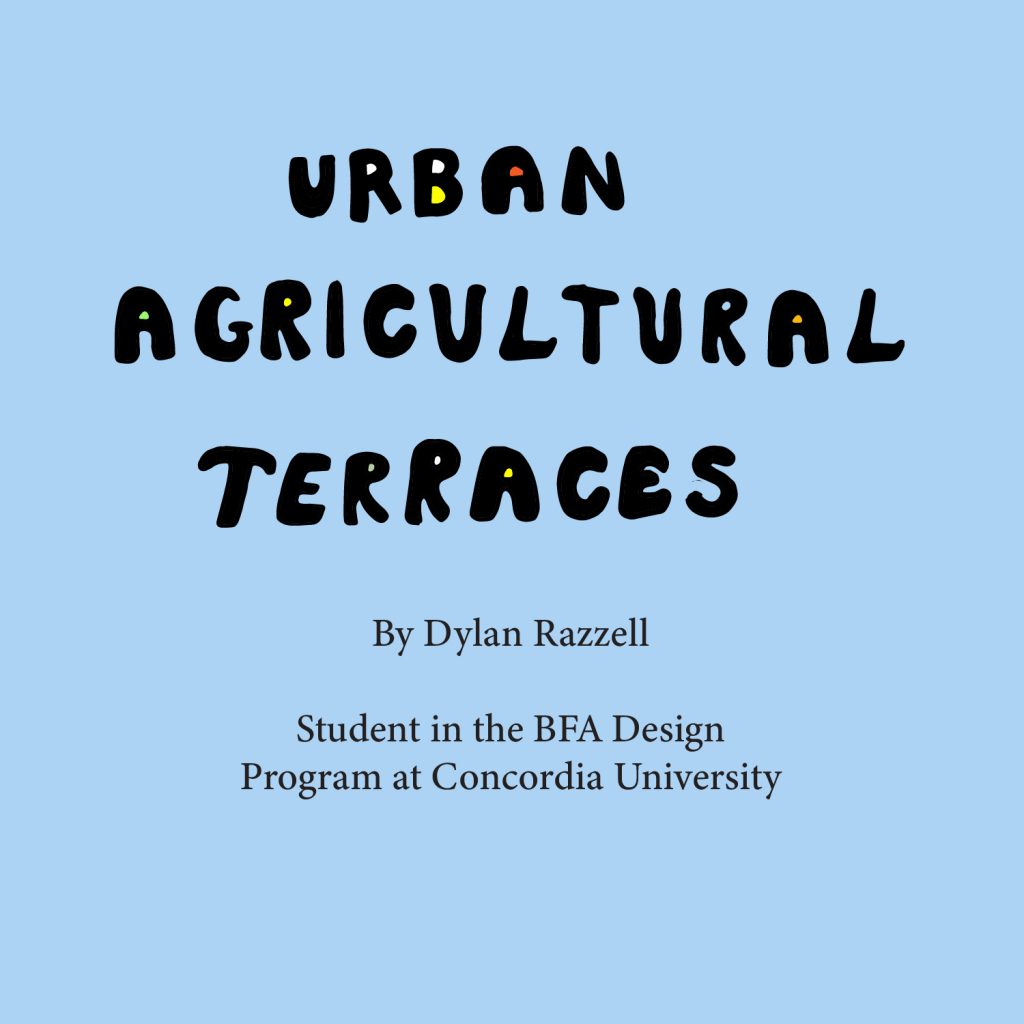 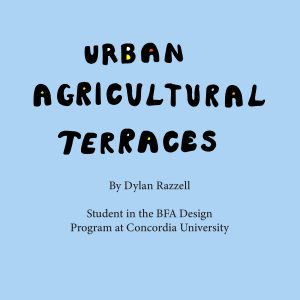 My project addresses food shortages by building terraces on city rivers to cultivate food. A major problem facing today’s planet is the decreasing availability of arable land. The UN states that by 2050 there won’t be enough food to sustain the world’s population. With this in mind, I sought different ways to address this imminent crisis.

I focussed on how we can make arable land out of previously unused space. My research into sustainable indigenous agricultural systems led me to the Waru Waru system, developed by the Inca people of Peru. Farmers reroute a straight river into a maze-like pattern, then build terraces along the water’s edge for farming. This system uses the local rivers and converts their water into an irrigation system and a fertilizer source. Waru Waru is drought- and flood-resistant. This feature will be necessary to provide food for the growing population during the climate crisis. However, Waru Waru isn’t compatible with most city river systems. It requires wide, unused fields, which few cities possess. This led me to create a variation of the Waru Waru, which I’ve named urban agricultural terraces. Adapting the Waru Waru system for straight and narrow rivers gave light to a few challenges, but resulted in a design that has promise for cultivating food. The new design adapted the water control function of the Waru Waru by adding underwater borders. The terraces are built across the river from each other. The goal of this proposal is for cities and municipal governments to realize the potential of this technology and to implement it into their jurisdictions.

Overview of the issue and the approach: As the world’s population grows, the need for food grows with it. Contemporary agriculture has created infrastructure to meet this demand, however these methods often risk the health of the environment. Resources are being used at a rate that isn’t sustainable, and soil degradation and the loss of biodiversity contribute to the climate crisis. One way of solving this issue is by creating more arable land out of unused spaces. UATs are implemented in city rivers to eliminate the need for new soil or water to be imported. The system is simple. Terraces are built in rivers with their top above the surface of the water. Decaying plant and fish matter settles on the riverbed, then is collected and distributed on the terrace for fertilization.

This approach is modelled on the Waru Waru agricultural system developed by the Inca peoples of Peru. Both the UATs and the Waru Waru system share a common goal: cultivate food by generating as little waste as possible. The Waru Waru is managed in a commons framework. This means the land isn’t privately owned and is used for sustenance rather than profit. This system has been used for thousands of years. The community-garden model, which is seen in many cities worldwide, is another model for managing the UATs. What’s important about the UATs in terms of a global shift towards sustainability is that it’s an experiment rooted in ecological knowledge. Tackling the climate crisis isn’t something that will be achieved with one technology or one bill passed, but rather a collective effort guided by science and innovation. Implementing UATs are one small contribution to a greater global effort which will, if done right, feed the next generations to come and combat the climate crisis.

The essence of the solution: UATs address the climate crisis and food shortages by repurposing unused space and resources into those that can be used by city dwellers to cultivate some of their own food.
The stakeholders in the project: This project would require municipal governments, engineers, citizens, and horticulturalists.
Documents:

I'm an undergraduate student of Design at Concordia University. I've been passionate about design for as long as I can remember. Some subjects I've been exploring lately are illustration, sustainability and Indigenous design. At the core of all my designs I aim to create with the highest level of respect for the environment and social context it's produced in.