Notwithstanding the fact we are as interconnected today as we have never been before, we are experiencing social alienation and, that is even more dangerous, we are building up opinion bubbles. It is enhanced by social media’s algorithms intended to supply us with a pleasant information matching our understanding of the world. As the result, we are facing the danger of discussing topics related to our common future, in small bubbles that do not provide for sufficient number of opinions. The fact that discussions take place mostly online, where not people themselves but rather some simplified concepts of real peoples interact, leads to a toxic debate culture, which is rather dispute-driven than result-driven. Besides, we experience not only social alienation but also disassociation from reality. Going from point A and point B, we ignore the real environment in favor of our smartphones. To actually share our cities one day, we need to resume communicating with each other again. 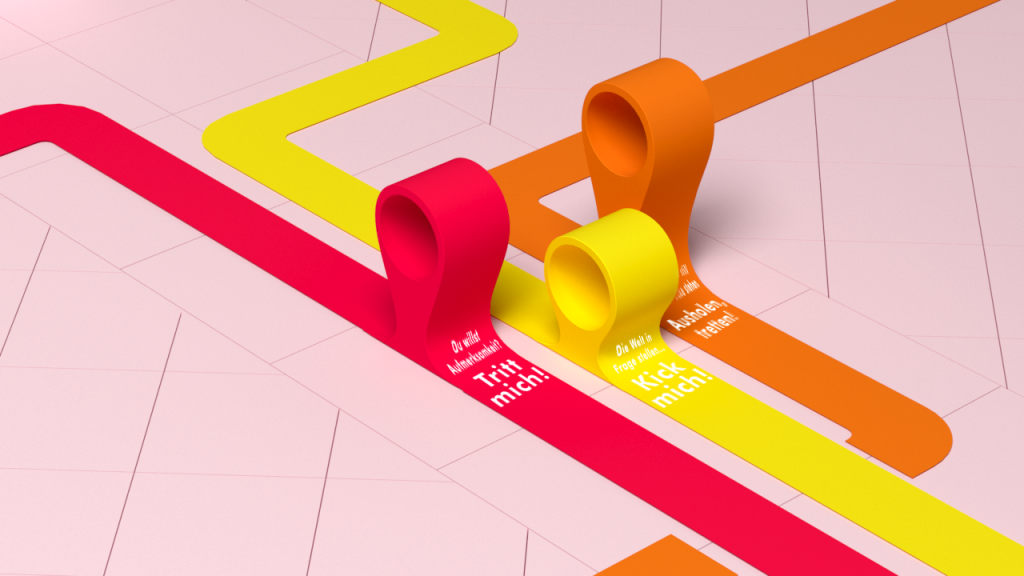 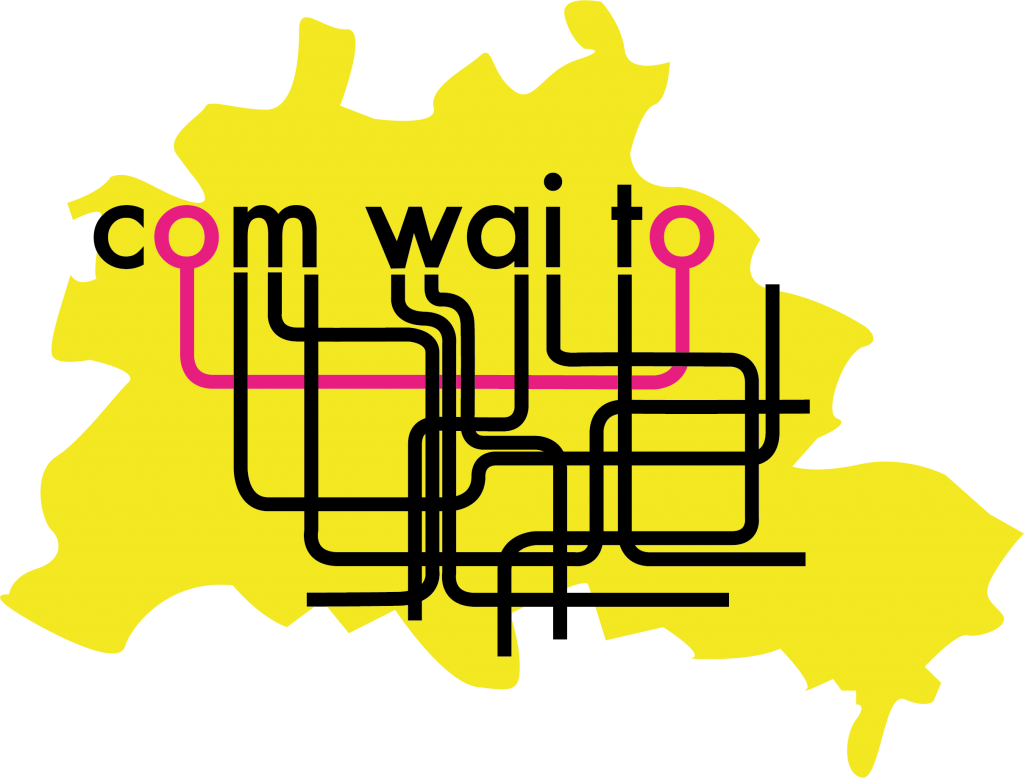 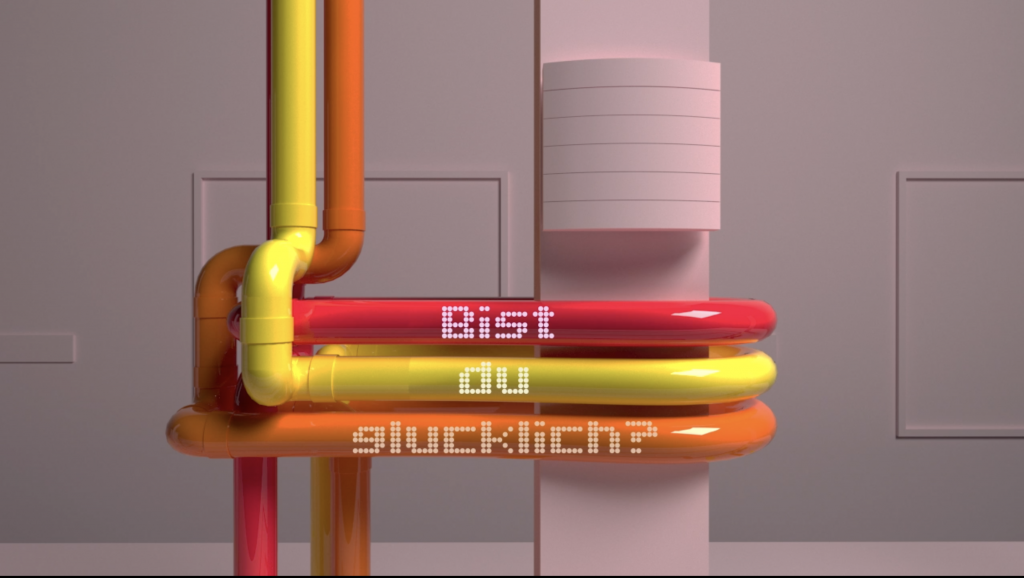 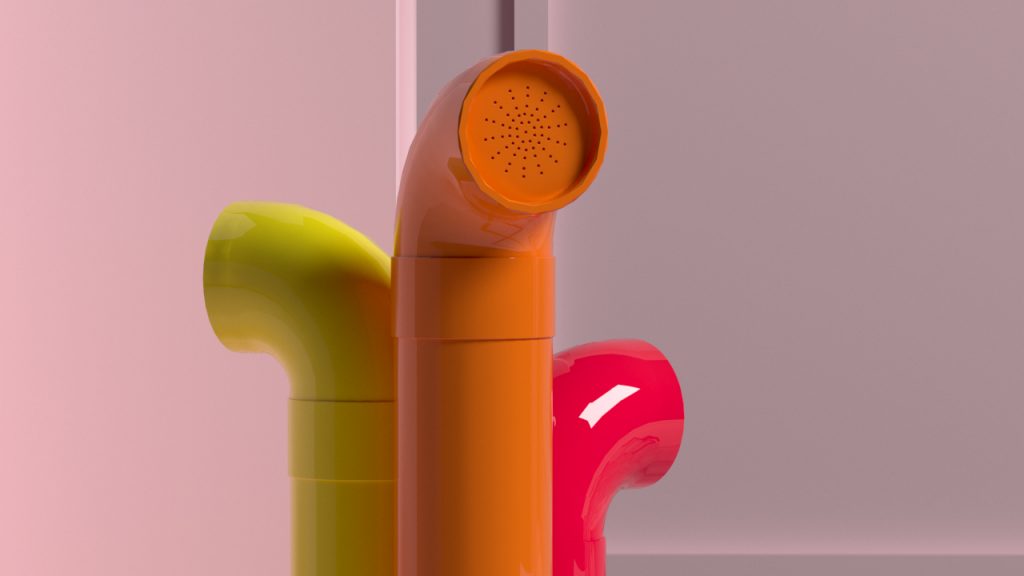 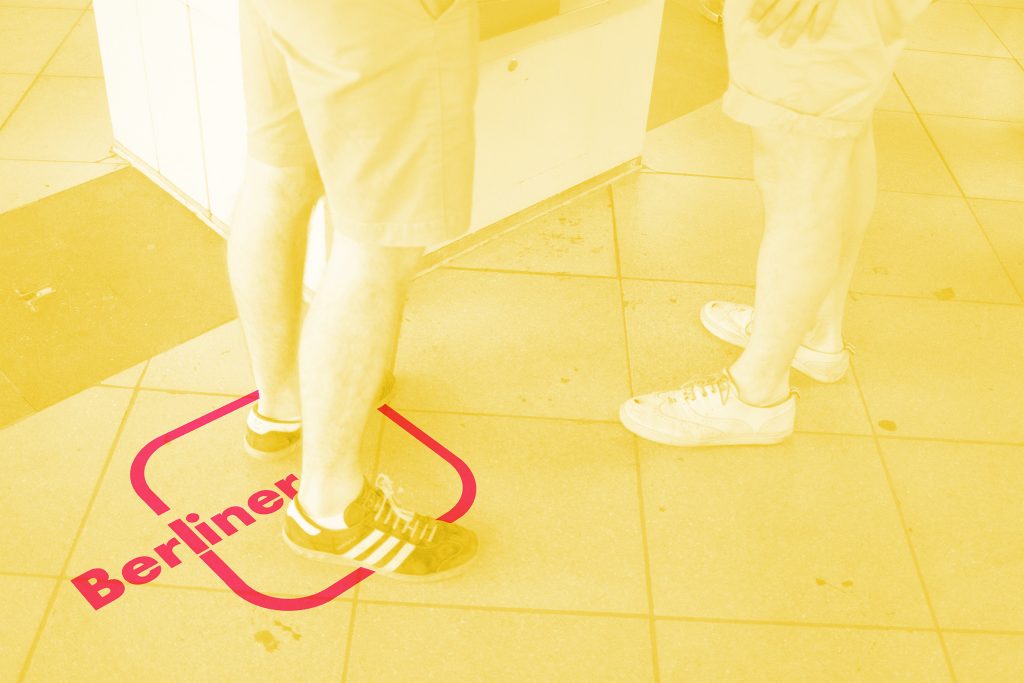 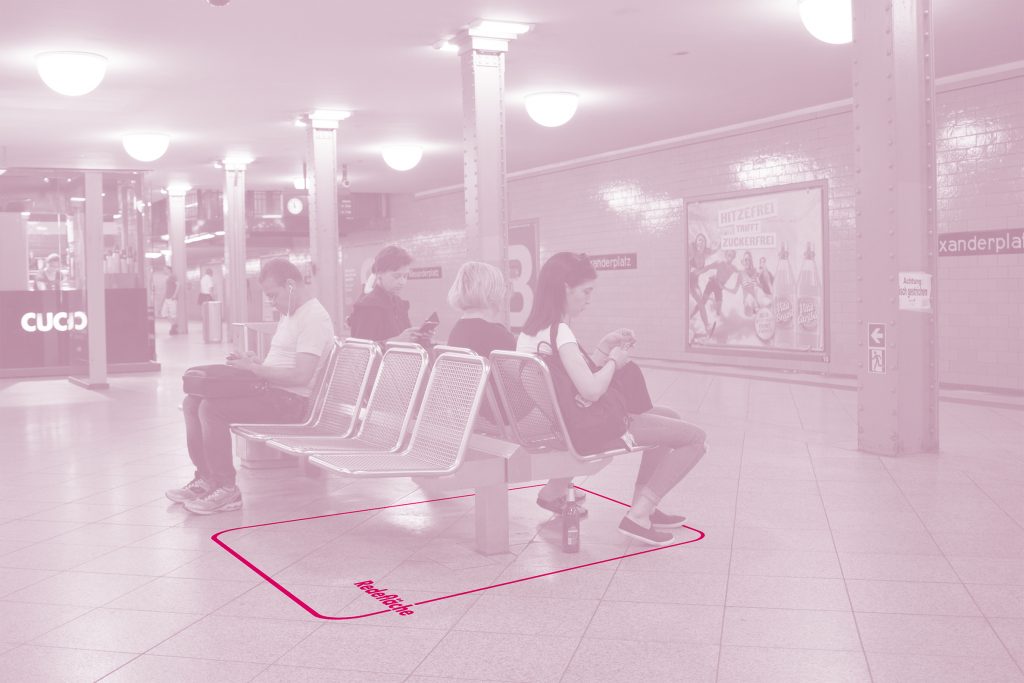 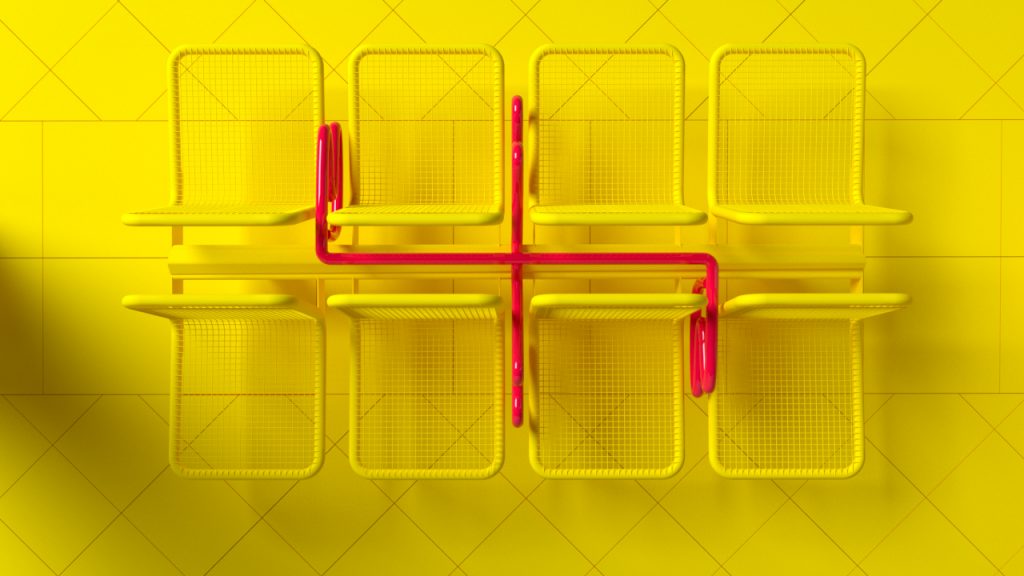 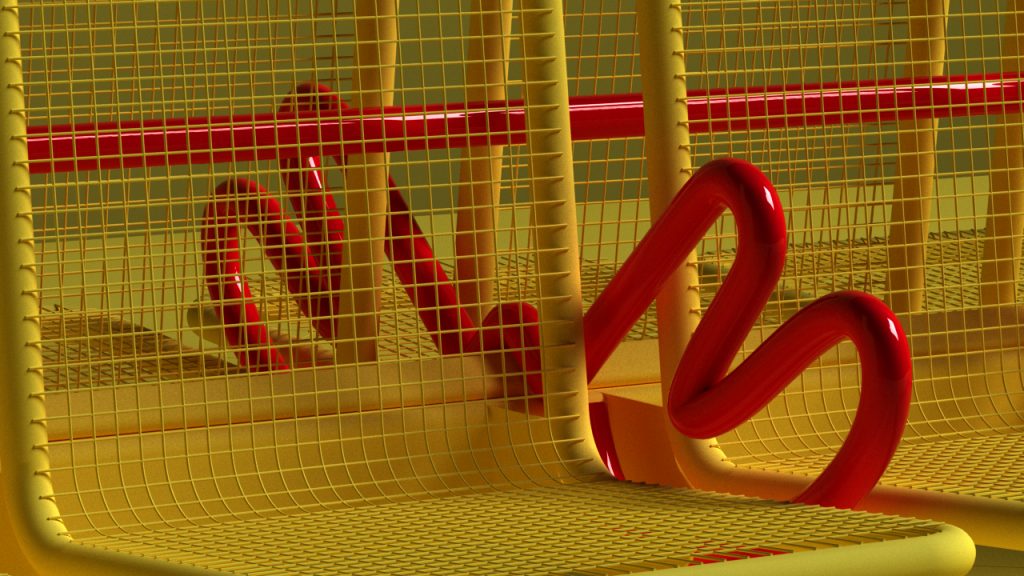 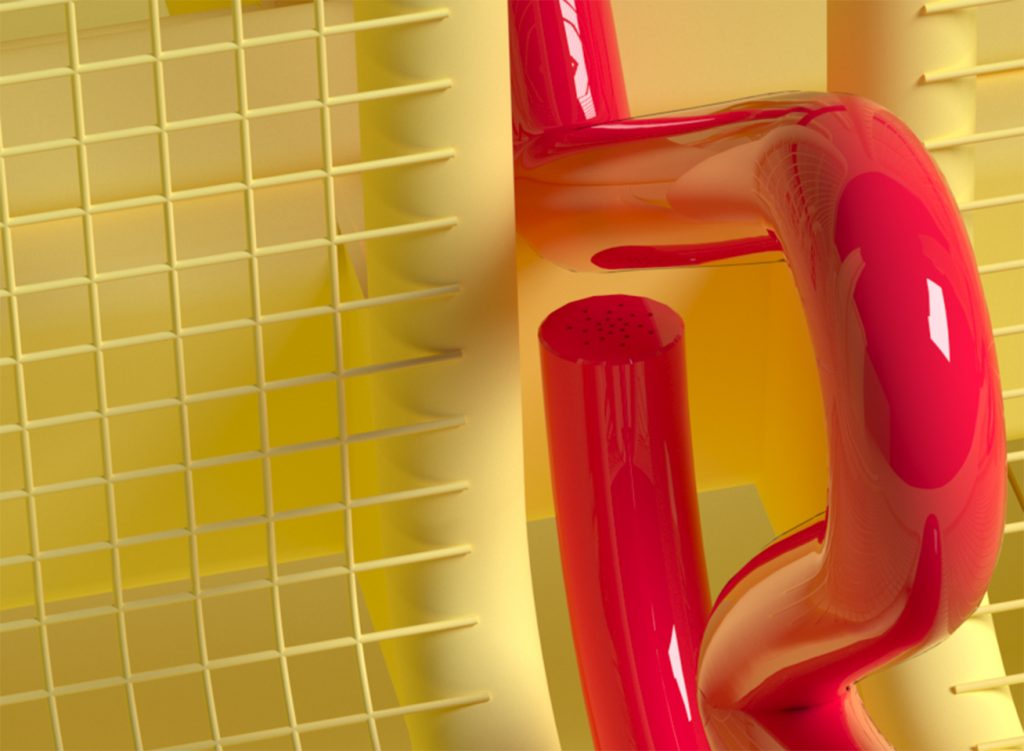 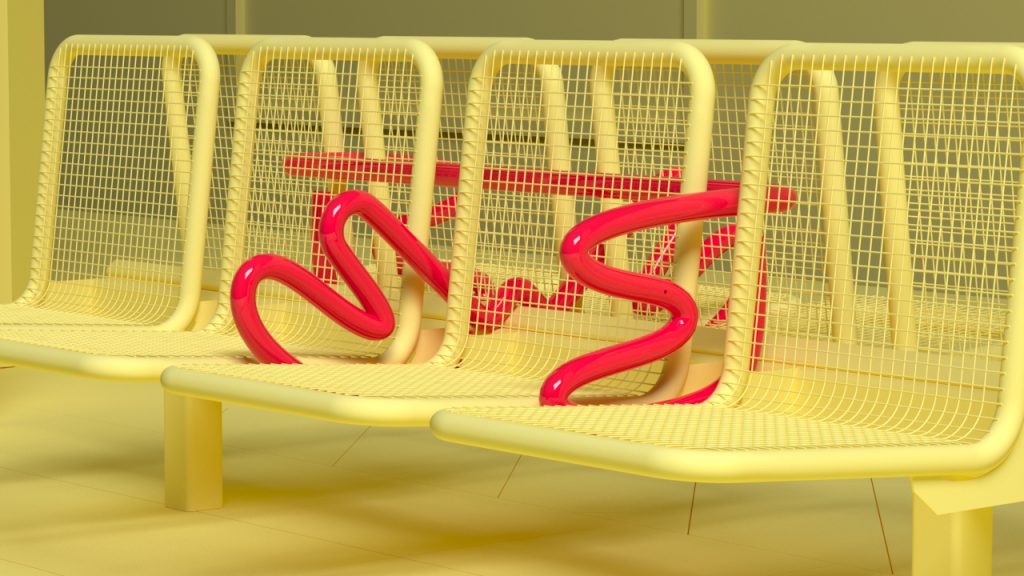 COM WAI TO is a group of interactive objects, designed to encourage communication, debate and the exchange of ideas while people wait for public transport. In addition to two central objects, there are also floor signaling next to benches, ticket distributors and information signs that would motivate people to dive into social and political issues. Additionally, ticket validators print questions and observation tasks on your ticket in order to sharpen the users’ perception.

One of the central objects is the chatter bench: Chatterbench looks like a usual bench with some special, artsy armrests (compatible with the most popular type of a metro bench). The armrests contain sensors that activate a speaking device when over 2 people sit on the bench, in case the waiting time till the next train is over 4 minutes. The speakers are located behind the both people sitting on the bench, addressing the waiting people with sentences like „ What do you think about…?“ „Hey, you!“, „Yeah, I mean you“ , in order to encourage them to turn around and start communicating. That helps urban people to overcome estrangement.

The other central element is the question generator, which works this way:

1. When you come into contact with a generating ring of a certain color, please raise your eyes, and on
the question display of the same color you will see the words offered to generate questions.
2. You can choose the word you like, kicking the generating ring until the proper word appears.
3. Then you pass to a generating ring of another color and repeat the procedure.
4. When you do it with all three colors and kick nothing for 20 seconds the question would be deemed generated and will be displayed until somebody changes it.
5. It will hopefully encourage other people at the station to answer your question, and they can do it with the help of the feedback pipes. For this purpose, any color will do.
6. Feedback pipes allow to address answers to the initiator of the campaign and includes introverts, who are not ready to share their thought with random people.

The described objects are not placed at one station all together, but are distributed so there is one or two COM WAI TO elements to be discovered at one station. The input for the elements should be delivered by NGOs, political and educational players, so that any type of such players could run campaigns for several months initiating public debates, quantitative surveys or educating and focusing on certain issues.

Overview of the issue and the approach: We often discuss things in a digital environment because it is the most accessible way of communication and opinions exchange. There are options to ‘like’ something, comment on it or use any other offered reaction, all in in a playful pack, which help to overcome the own shyness and empower people to share an opinion. COM WAI TO aims to create such an accessible discussion platform in a physical space in the most frequented place in the city, where almost all people have to be, have to wait and have the feeling they lose time – the public transport (subway) station. The design aims to redefine forced waiting time into a slot of collective education and discussion based on the model of the ancient Agora, to bring democracy and politics back to the people and their everyday environment. Unlike Twitter and Co., the subway is used by majority of city dwellers regardless of their political views. For people not to be afraid to enter a political discussion in such an unusual place, COM WAI TO reminds of a game. The parts of COM WAI TO may look like an art installation, a common bench or just a joke on your ticket. Using curiosity and the moment of surprise the objects of COM WAI TO bring random people talk to each other for five minutes until their trains arrive – come, wait, talk. Colorful and eccentric design makes sure to generate enough visibility to distract smartphone zombies from their screens and let their attention be caught by the chatter bench or the question generator.
The essence of the solution: COM WAI TO uses play iin most frequented public spaces – train stations – to lead people out of social bubbles, encourage city dwellers’ communications and contribute to shared discussions
The stakeholders in the project: - public transport communities as operator
- city dwellers as users
- Non governmental organizations with debate-setting-intentions
- institutes with interests in public surveys
- ministeries with debate-setting-intentions and interests in public surveys

Sveta is a visionary pragmatist, while I am a radical utopist. Both of us love cities and believe that design is the perfect tool to shape society and therefore future, because in contrast to politics it doesn’t create boundaries and obligations but invitations which people follow intuitively. With our work want to contribute to a truly participative society and are happy to apply design approaches not only in our studies, but in our several social and political engagements as well.